A growing number of people who are looking ahead to their careers are turning to colleges for their education. Cambrian College is part of that trend. France Quirion, Associate Vice President, Student Services, reported that fall 2013 enrolment numbers were up by seven percent and applications for fall 2014 are up 4.5 percent over last year, putting Cambrian above the provincial average.

“Our strong numbers tell us we’re moving in the right direction,” said Sonia Del Missier, Interim President. “We’ve got strong curricula across the board, and our full-time, on-campus, online, and part-time programs suit virtually any interest, learning style, and method of delivery. Cambrian is not only meeting the needs of its students, but we are also meeting the needs of employers and helping to bolster the economy in our area.”

According to Colleges Ontario, more and more university graduates are choosing to pursue a college education in order to complement their degrees. Since 2009, the number of post-university applicants to Ontario colleges has risen by about 40 percent.

“Cambrian grads continue to shine in the workplace,” continued Del Missier. “With an employer satisfaction rate of nearly 93 per cent, we know our programs get results. Many students are choosing college because tuition rates tend to be lower than university, and students learn the practical skills that they need to succeed in competitive work environments.”

The Conference Board of Canada estimates that the skills mismatch costs Ontario as much as $24.3 billion a year in lost economic activity and that a college education helps to fill in the gaps.

Colleges Ontario recently found that even during the height of the recession nearly 84 per cent of college graduates found work within six months of graduation. Approximately 220,000 full-time and 300,000 part-time students attend the province’s colleges.  At Cambrian, there are more than 13,500 students studying in full-time and part-time courses or programs. 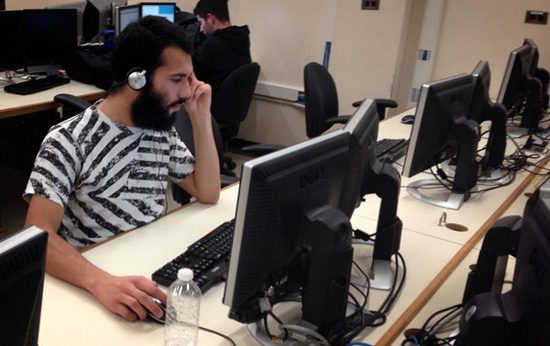 By using this site and registering for the Catch a Coach to Cambrian (the “Ride Service”), you represent and warrant that you are 18 years of age or older and possess the legal ability to agree to the terms of this Terms of Use Policy. You also agree to indemnify, defend and hold harmless Cambrian College and its affiliates from and against any and all claims, demands, proceedings, suits and actions arising from your use of the Ride Service.

Cambrian College and its affiliates will not be responsible for delays caused by weather, road or traffic conditions; mechanical failure; or any other conditions beyond our control. Passengers are required to be ready at their chosen pick-up point 15 minutes before their scheduled pick-up time.

In order to maintain a safe and comfortable driving environment, our drivers have the right to deny or de-board any person who, in the driver’s judgment, is unruly, disruptive or poses a threat to the safety of the vehicle or anyone on board.

Passengers are responsible for their personal possessions. We assume no liability for lost, stolen, damaged or misplaced items.

Any person under the age of 18 must be accompanied by a parent or legal guardian.

We’re happy to answer any questions you have! Simply fill out this form, and we’ll get back to you within one business day.

Sorry. This form is no longer available.

We’re happy to answer any questions you have! Simply fill out this form, and we’ll get back to you within one business day.

Sorry. This form is no longer available.